A Field In Summer Fallow 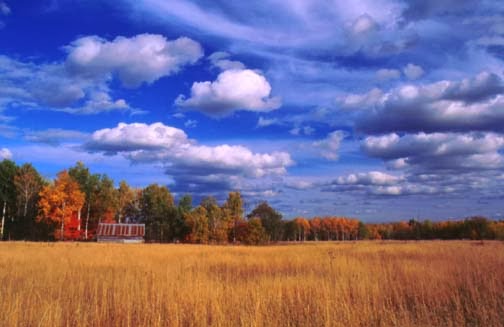 I know people, I know towns, farms, hills and rivers and rocks,
I know how the sun at sunset in autumn falls on the side of a certain plow-land in the hills;
but what is the sense of giving a boundary to all that,
of giving a name and ceasing to love where the name ceases to apply?

Ursula K. Le Guin
Melancholy’s soft refrain
echoes faintly
in forlorn distances, and
While weeping winds
whisper…
”let go”
the patriarch steps down.
My selfish grieving
does not a river stop,
nor teachings
laced with sadness.
This ancient sorrow
searing with acquaintance,
is only new to me.
Relinquishing that
which was never mine,
leaves in its stead
a field in summer fallow.
Copyright © Henri Ferguson 2003
All rights reserved.

My father is dying. I went to the hospital and sat with my dad for a couple of hours…some heart wrenching moments while sitting there helplessly watching this man struggling, bouncing back and forth between resignation and feisty defiance. His speech severely impaired, he is frustrated further by his inability to communicate, but still he cries out in vain, stilled when I hold his weathered hand. Not sure how much of that is delerium…anyway…it’s hard…but still we carry on…came up with these words.
Written June 14th, 2003 Edmonton, Canada My dad passed away 2 days later.
By Henri Ferguson|2012-03-28T17:07:00-06:00March 28th, 2012|0 Comments